Recently, with the approach of the grand ice and snow meeting, special lanes for the 2022 Beijing Winter Olympics are put into use. 330 Beijing EU7 electric vehicles and 212 AUV hydrogen fuel buses manufactured by BAIC are officially put into operation. They will be used for the service assurance in Beijing competition area and Yanqing competition area of the Winter Olympics. A service assurance team of more than 200 people provided by BAIC also go to their posts smoothly, fully ensuring the normal operation of service vehicles.

One of the biggest features of this Winter Olympics is "green environmental protection". The Beijing Winter Olympics is the first Olympic Games which practices the Olympic Agenda 2020 in the whole process from bidding and preparation to holding. The concept of "delivering an Olympics with a green approach" runs through the whole preparation process. New energy vehicles including 212 AUV hydrogen fuel buses and 330 Beijing EU7 electric vehicles manufactured by BAIC will help the 2022 Beijing Winter Olympics achieve carbon neutrality smoothly.

To ensure the smooth holding of the Winter Olympics and the safety of people during the pandemic, plastic films have been added between the front and rear seats of Beijing EU7 to keep a relative isolated room between drivers and passengers. Moreover, the heating system has been specially optimized to cope with the possible large-scale cold-air outbreak during the Spring Festival."

BAIC Foton AUV BJ6122 hydrogen fuel coach is equipped with all-weather extreme cold resistant power battery and dual-motor non-power interruption drive system, which can achieve the automatic protection of extreme cold and low temperature startup at -30℃ and extreme cold and low temperature storage and shutdown at -40℃. Meanwhile, it is also equipped with the first domestic 150kW high-power fuel cell engine and 70MPa hydrogen system, which can reach an endurance mileage of more than 600km in 15-20 minutes.

By an ice lake at – 38℃， many “frozen” AUV hydrogen energy coaches were successfully started at 3 o'clock in the morning when the temperature was the lowest in the day! Scientific and technological breakthrough is far more than that. After testing, in 2019, the average heating rate of the whole vehicle's power battery system reached 5℃ per minute after the vehicle stood for 72 hours in an environment below -25℃. In the same period of 2020, when the temperature and environment were relatively consistent, the heating rate reached 7.2℃ per minute.

BAIC AUV BJ6906 hydrogen fuel coach is also a vehicle that can achieve complete "zero carbon emission". The efficiency of its fuel cell system can reach up to 60%, which is twice that of ordinary internal combustion engines. Meanwhile, its endurance mileage of single hydrogenation can reach more than 400 kilometers, which is completely comparable to that of ordinary fuel coaches.

"During the event, AUV coach boasts a service mileage of 150-200 kilometers per day in Chongli District, Zhangjiakou. The temperature in Zhangjiakou is low, and the wind and snow are heavy. The AUV hydrogen fuel coaches represented by BJ6906 hydrogen fuel coach can achieve the extremely cold startup at - 30℃, and extremely cold storage and automatic shutdown protection at - 40℃. "

The service assurance vehicles for the Winter Olympics should be disinfected at least three times a day before, during and after vehicle operation, including one high-temperature disinfection. Under special circumstances, the daily disinfection frequency will be increased according to the requirements of pandemic prevention and control, and such vehicles will be charged at the designated parking spaces of the National Olympic Center venues.

Up to now, the service assurance team of BAIC Group has carried out 4 consecutive trainings, more than 30 dispatching meetings, 220 hours of inspection, and 20,000 steps per day, and its trainees are up to 350 people.

This is a grand event in China, and BAIC provides assurance for it. BAIC Group is deeply honored to be able to escort the smooth holding of the "Winter Olympics". In the upcoming ice and snow event, we have got ready. We invite you to keep this charming ice and snow appointment together and move toward the future hand in hand. 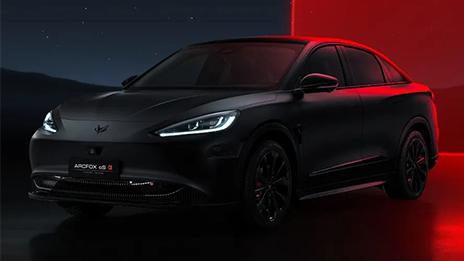