On January 7, the 2023 Dakar Rally entered the eighth race day. No. 233 driver Zhang Guoyu (Pilot: JP. Garcin) of BAIC ORV Team did an excellent job and won the 10th place in the SS7 stage, achieving the best performance since the start of the race, and it was also the first time that a Chinese driver broke into the top ten in the stage in this year's race. No. 248 driver Zi Yunliang (Pilot: Sha He) of BAIC ORV Team finished 37th in the stage and successfully completed the first half of the marathon stage.
Enter the hard mode of the race – The Marathon Stage
The overall length of SS7 stage is 861km including the 333km of special stage. The BAIC off-road crew only had two hours of maintenance time after finishing the SS7 stage before they welcome the start of the SS8 stage, the marathon stage of the Dakar consisting of hard obstacles. The marathon stage was originally only planned for the second half of the 2023 Dakar, but due to the impact of the weather, a similar stage had to be added to the first half of schedule. 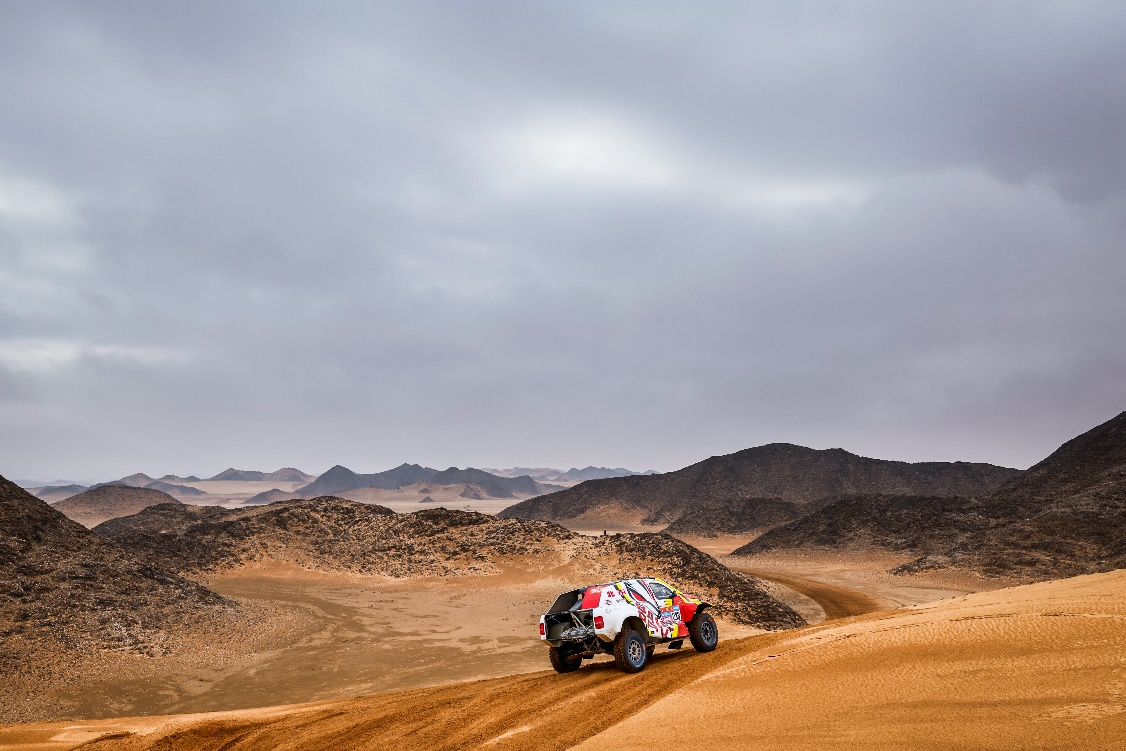 Blocked, lost direction, but overtook to take the Top Ten
Zhang Guoyu, driving the No. 233 car, had to face the challenge of the marathon, and what’s even worse for him was that he encountered a "roadblock". For more than 20 kilometers, the slow vehicle in front of him obstructed him. Throughout this time, Zhang repeatedly signaled the overtaking alerts, but the other side cut the gears and accelerated instead. Zhang Guoyu at last made a determined effort to pass the other vehicle thanks to the impressive performance of BAIC ORV T1+ against other top-tier vehicles! However, this affected him later again to unable to find his heading for five or six kilometers when he was about 30 kilometers away from the finish line. 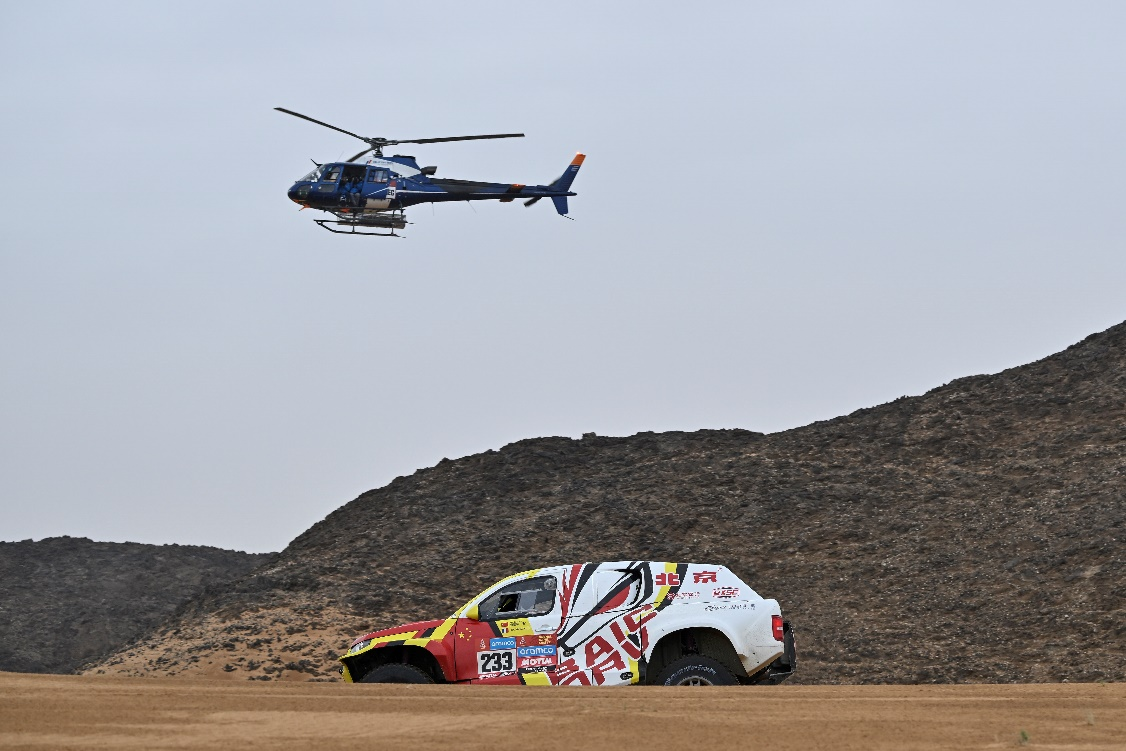 "Although this setback left me feeling somewhat helpless, being obstructed and clearing a path are typical situations in the Dakar Rally. As long as we can cross the finish line without incident, that will serve as the largest reward for the efforts of our team. Getting into the top ten on this stage surely provided myself, the team, BAIC, and the sponsors a lot of motivation!"
Zhang Guoyu claimed following the competition that the BAIC ORV T1+ car felt like a step up and easily crossed the finish line when the weather improved and the car's power was released. However, Zhang Guoyu preferred the intensity of the international competition and was able to handle it thanks to the BAIC OVR racing team's strong backing as well as his own pre-race physical reserves. In recent stages, the intense intensity of the race has forced many professionals to dismount. 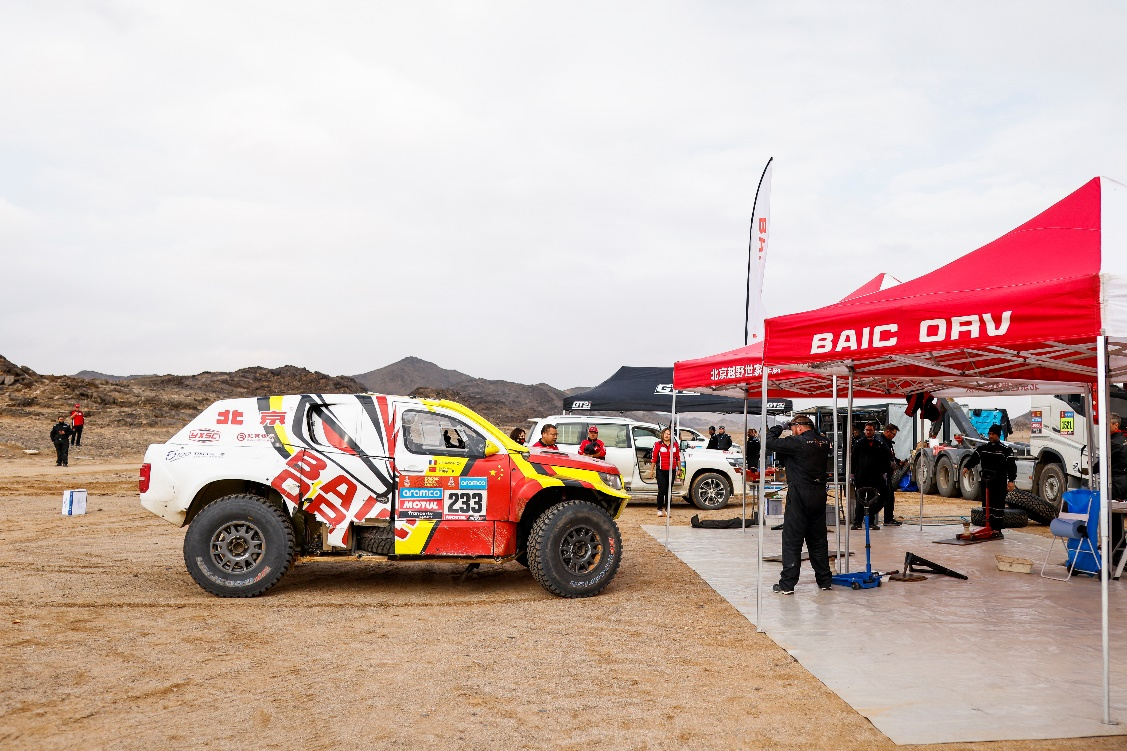 Start the second half of the devil's journey by moving forward with great concentration and caution
The Dakar adventurers realized the value of race speed as the competition went on. The drivers had to pay close attention and exercise extreme caution, particularly in the first half of the race when the course was not very clear. On the other hand, driver No. 248 Zi Yunliang (Pilot: Sha He) of the BAIC ORV team successfully completed the first half of the marathon stage by overcoming every hurdle on the track and taking 37th place in today's SS7. 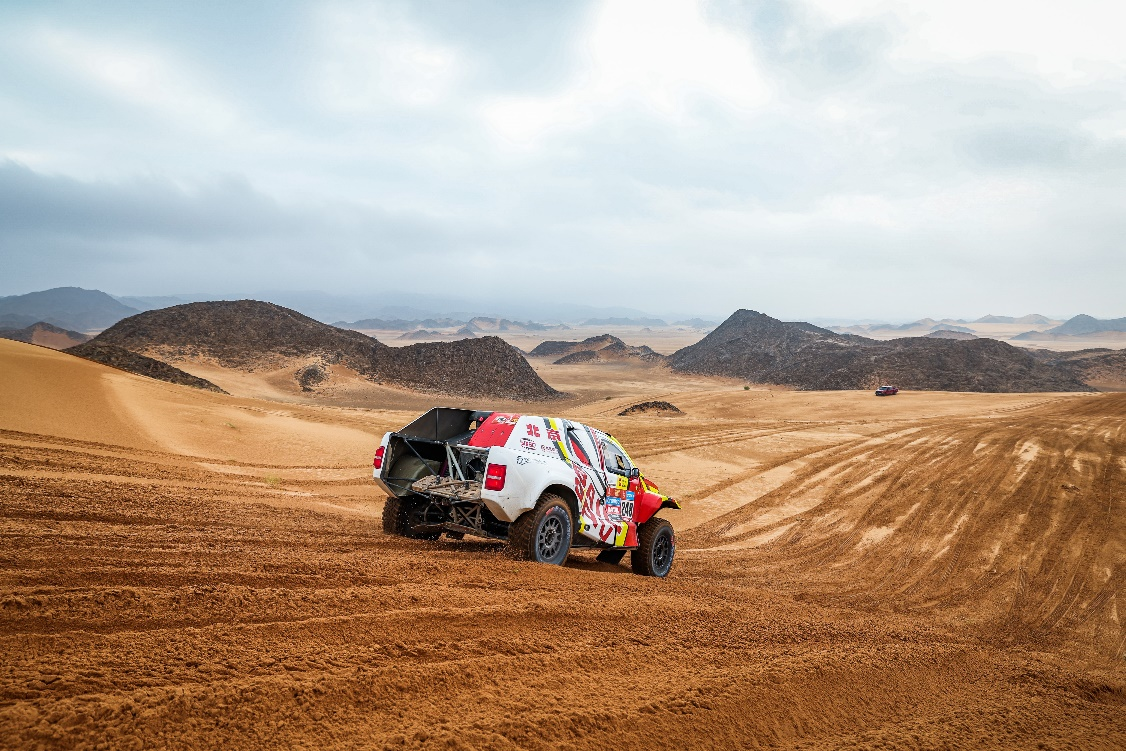 On January 8, the 2023 Dakar Rally will compete for the SS8 stage, which is 824 kilometers long with 346 kilometers of special stages, consisting 48% of dirt roads, 38% of sand and 12% of dunes. The drivers of the BAIC ORV team must pay close attention to the protection of the vehicle throughout the second part of the marathon stage. How will the team 233 and 248 overcome the upcoming challenge? We shall wait and see! 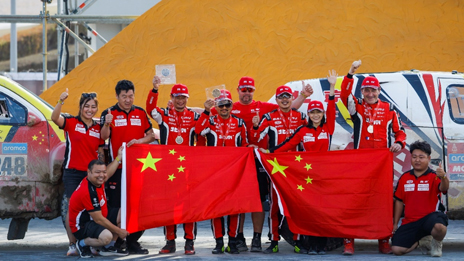